This next year will be an interesting one for us, not only because of (potentially) having girls join.  I say potentially because we have not yet had anyone approach us.  What has happened in the last

Its interesting how this thread is playing out.  A lot of people are up in arms about the whole thing are still wringing their hands over how its going to affect people in the field and here it is, le 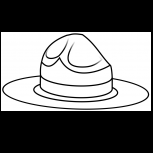 If you run co-ed dens and the program specifies separate dens, then you're not running a BSA Cub Scout program. That's in addition to not being trustworthy or obedient.   Some may consider that har