I read recently that Bayport Scout Reservation is in danger of being closed. 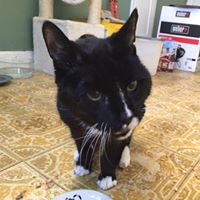 We have successfully raised $95,000 since July 12th the key here is to expand your offering beyond just Boy Scouts and you need to market your facilities well.   www.BPNorthwoods.org   We have a

Touching piece by a Girl Scout in our area http://www.alleghenyfront.org/please-dont-take-away-my-girl-scout-camp/ regarding five camp closures.